Demetrio, the High Inquisitor of Nemedia

The man behind the Nemedian rule of law

Demetrio is one of the most powerful men in Nemedia. He is a tall, wiry man in early fifties. His features are lean and keen. The most distinctive thing in Demetrio’s appearance are eyes, which are cold, gray and piercing. Many a man has broken under their scrutiny before a word has been uttered. Demetrio has a slight limp due to an old wound in his left thigh.

All Nemedian inquisitors ultimately answer to Demetrio. He handles matters of high sensitivity personally, but otherwise allows his underlings great autonomy. Demetrio has spent decades to carefully build a reputation of harsh fairness, which is recognized in the whole realm. All the resources of the justice system, including extensive archives, are at his disposal. If he wanted to, he could make life a living hell for anyone in Nemedia.

Demetrio is responsible for maintaining the rule of law in Nemedia. Unlike in Zamora or Turan, the king is not an arbitary despot. People are not equal but they are all protected to some degree by law. Despite his carefully crafted reputation, Demetrio is ultimately a very practical man. He is willing to bend the law a little if it averts a greater ill. This is especially true when eldtrich matters are at hand. During his youth, Demetrio was involved in several different investigations. They left their mark – literally – upon him. Since then he has spent great amount of time studying in the libraries of Belverus.

During the de facto reign of Xaltotun, Demetrio could do little but work in the shadows to minimize the imminent damage. Fall of the sorcerer provided a great chance. After the defeat of the Nemedian army, Demetrio quietly arranged an internal purge together with Kalanthes while Tarascus was still held hostage. Xaltotun’s most corrupt and perverted sycophants were tried for various crimes. Some of them simply disappeared in a night of long knives and muffled screams. Later on Kalanthes and Demetrio co-operated again in stomping out the Cult of the Golden Lord in their over attempt to get a foothold in Nemedia.

Ultimately, it was these aftermaths which connected Demetrio with the heroes. Series of strange events in Tarantus were blamed for the cult of Ibis, including murders of Mitran priests. The high inquisitor suspected this to be a reprise from a few of Xaltotun’s apprentices, who had mysteriously vanished around the purge. Many of the inquisitors were too religious to be trusted and Demetrio wanted to avoid personal involvement.

Thus the heroes were a perfect tool to use for dirty work. They were already involved through the murder of Selcides. Old records and obscure demands from the king of Ophir became the stick. Vague promise to aid Alcemides and Tyrus in buying their way in to nobility was the carrot. Demetrio realised the nature of the incidents required unconventional resources – which was something Dionysos and Tyrus seemed to possess a plenty.

In the end, the agreement worked out satisfactory to the both parties. The forces behind the Bulls of Mitra were decimated and the conspiracy dispersed. Demetrio put forth a favorable word and pulled a few strings with Tarascus. Alcemides was granted knighthood and Tyrus given lordship over the old Rebhura Keep in Nahab. Rebhura Keep soon turned out to be a mixed blessing and another plot by Demetrio in his plans to stabilise Nemedia.

Demetrio, the High Inquisitor of Nemedia 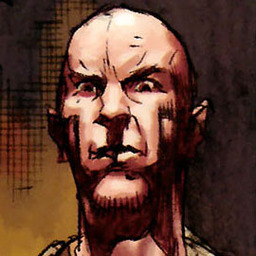