Seven masks, crafted from pure gold. Upon their forehead is a strange, swirling symbol, which inflicts nausea and discomfort at a mere glimpse. Despite being golden, the masks feel greasy and warm to the touch, like the skin of living beings.

Little is known about the abilities of the masks. When put on, a mask tries to possess its carrier. It bestows great hypnotic powers and only the strong-willed will be able to strike against a person wearing one. Destroying a mask is very hard and will unleash uncontrollable eldtrich powers.

The Golden Masks are a puzzle slowly put together by the adventurers. Their origins in the distant land of Khitai was confirmed by the now-fallen Feng Bai, a monk sent to recover them. They were stolen from the main temple of the Yellow Emperor at least five decades ago. From there they flowed slowly towards west, carried by nomads and caravans. It is not known if they were brough here – or came by their own will.

Somehow they came in contact with Zevras, the mysterious Zamoran Philosopher-Sorcerer. Together they formed a plot to summon a force of decay and corruption to touch the Hyborian world. Their motivations remain unclear. They may not have personalities as such, but may be manifestations of a barely comprehensible force. Only one variation between the seven masks is known to exist. Two of them can be worn as a second skin – when those masks are worn, they become part of the very head of the wearer.

Alcemides, Barathus, Dionysos and Tyrus destroyed one of the masks at a great personal price. Yet it is unclear if it was truly destroyed. The remains were stolen in Messantia, possibly by minions of the masks. Events witnessed by Alcemides and Basil in the corrupted temple-island of Ishtar hint at something else. Even if the Sabatean cult failed in their attempt to reform the mask, they may have succeeded in the passing months.

Information gathered from lotus dreams and parleys with sinister, otherwordly forces can only hint at the ultimate capabilities of the masks. According to the blind sage Tawil At’Umr, the masks are interconnected by mystical bonds. If one mask is destroyed, the other six become more powerful. If six are destroyed, the last one gains sevenfold power.

Feng Bai knew a way to get rid of the masks without destroying them. He knew how to enter to the realm of dreams and summon the Yellow Monk, who would take any found masks. Unfortunately he did not pass on the details of this plan before his untimely demise.

In Turan, the adventurers faced a fallen brethren of Feng Bai, who had been possessed by one of the mask. After a daring attack, the martial discipline was slain and the mask captured by the heroes. A terrible pursuit ensued through time and distance… 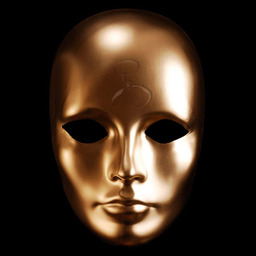