A gentle and devout old man who died twice...

Selcides was a devout old man in his early sixties. He was a skilled healer, having long worked as a spiritual guide for the Hyborian mercenaries in Stygia. Despite his blindness, he had a steady hand in sewing close wounds. After his death it was found out he had a brand burned at his upper back. It was identified as the symbol of Skelos.

The heroes first met Selcides on their way back home from Stygia. Selcides, an old Nemedian priest, was escorted by Ditrius Baritol, a Nemedian mercenary. They were heading back home, for the old priest wished to see his land of birth before death. They were accompanied by a Darfar converted to worship Mitra and a young Shemite girl Selcides had adopted.

Selcides convinced the heroes that they should travel back home together. On the trip, he healed many battle wounds and for a Mitraite priest, seemed unshocked by talk of sorcery. In Messantia, he helped the others to hide from the cult of the Golden King and find information essential in breaking in Tartarus.

In Belverus, Selcides came across a conspiracy within the Mitraic priesthood. He was murdered brutally at the footsteps of a townhouse bought by Dionysos. Curiously, he grasped in his fist a silver ring engraved with the mark of Skelos. The heroes were blackmailed by High Inquisitor Demetrio to investigate the murder and other interconnected events. Vile sorcery failed to bring him back, but instead brought other kind of attention. Selcides was finally buried in the high temple of Mitra with great honors.

Tyrus and the other surprisingly came across a second Selcides in Nahab. Apparently, a rural priest who identic in appearance and behavior had lived near the city for years, working as a lawyer for the commoners for free. He had been murdered brutally. As a publicity stunt, Tyrus arranged for the corpse to be buried in the crypt of his new castle. In the cover of the night, Dionysos worked dark magics upon the remains. Mind of the priest was called back and it confirmed cryptically that it was the real Selcides. Thus the person they had escorted back from Stygia had been someone or something else.

Later on Selcides was turned in to a vile undead monstrosity known as the Starved One. It was found out that the Starved One was impossible to kill and it would forever seek out it’s liver – an organ used to control it. Unfortunately Alcemides had eaten the liver, hoping to gain some mystical power through the cannibalism.

Unable to destroy the creature, Tyrus and the companions cut it in to tiny pieces with silver blades. The remains were dumped in the unknown catacombs undearneath the hidden shrine of the Nahab keep. When Alcemides died, his liver was dug out and buried in ground near Nahab. The characters thought that if the creature would ever break out again, it would seek out the liver. They presumed that the creature would find rest after becoming whole again.

Later on Dionysos found out they were terrible wrong. Instead of rest the creature had recovered its memories. It was again calling itself Selcides and was now loose in the countryside, while the heroes were already hundreds of miles away. 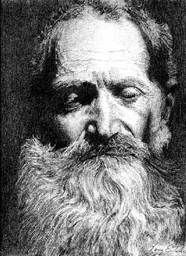